Before being ill I wrote a joint paper with Paul Barker and my son George Newell entitled:
Can a computer-generated voice be sincere? A case study combining music and synthetic speech https://www.ncbi.nlm.nih.gov/pubmed/23705636

I have been very involved in running the Creative Speech Technology (CreST) Network with my colleague Alistair Edwards from the University of York. 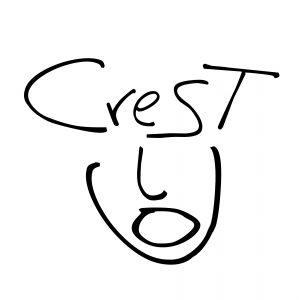 2013 I am working with the Toshiba Speech Technology Group on one of their TTS (Text to Speech) projects.

2004 Newell, C and Edwards, A. To be or to seem to be: that is the question. Unnatural but lively, speech synthesis for synthetic performers: models from acting, Pages 124-131 AISB 2004: Symposium on Language, Speech and Gesture for Synthetic Characters AISB (Artificial Intelligence and the Simulation of Behaviour: The University of Leeds, ISSN:1 902956390.

2012 Panel at PSi18 ” Exploring Interdisciplinary & Collaborative Practices in the
Context of Contemporary Economic and Cultural Drivers.” University of Leeds. 30/06/2012

2012 Paper “Melos, Tingles and Vocal Prosthetics: Teasing Interactions Between Opera and Technology. ” at The Theory, Practice, and Business of Opera Today. University of Leeds. 13/04/2012

2011 My Voice and Me: A melodrama for synthetic voice. Creative Speech technology Network. University of York
18/10/2011

‘2010 ‘Whose Voice is it Anyway?’ demonstration and performance. (re)Performing the Posthuman a conference on performance arts and posthumanism. Centre for Research in Opera and Music Theatre University of Sussex, Brighton, 21-22 May 2010 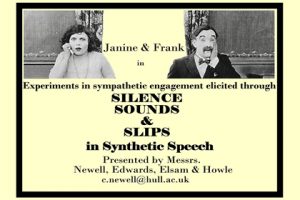 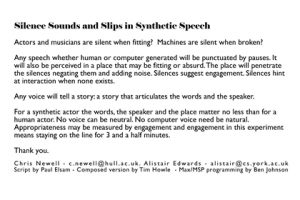 2008 ‘P.A.T. Testing’ (Newell, C.; S. Andrews and I. Gibson) a one hour performance piece shown at the University of Hull Scarborough Campus. 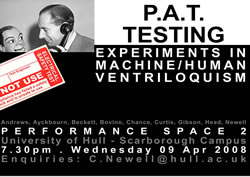 2008 ‘Please wait with me’ (Newell, C. and S. Andrews). A telephone based installation shown at Sight Sonic in York. 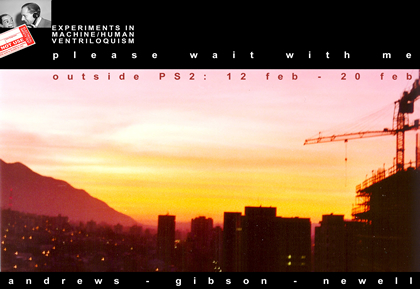 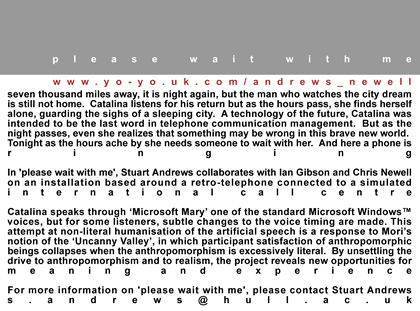